It's been a while since I've done any "vintage cooking", so I thought it was about time to try something new! My health is still a bit of an issue at the moment, therefore I picked a recipe that was relatively straightforward and quick to prepare. I selected a salad recipe from a Victorian cookbook that sounded (hopefully) yummy.

My initial thoughts
Sounds easy enough. Not sure about putting cayenne pepper on grapefruit though... That might either be surprisingly good or really weird tasting. 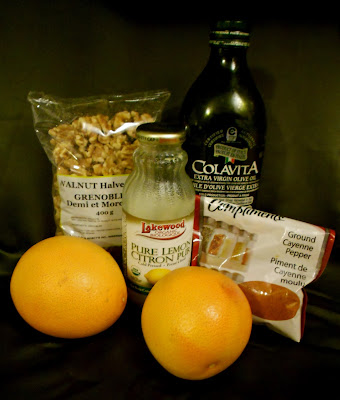 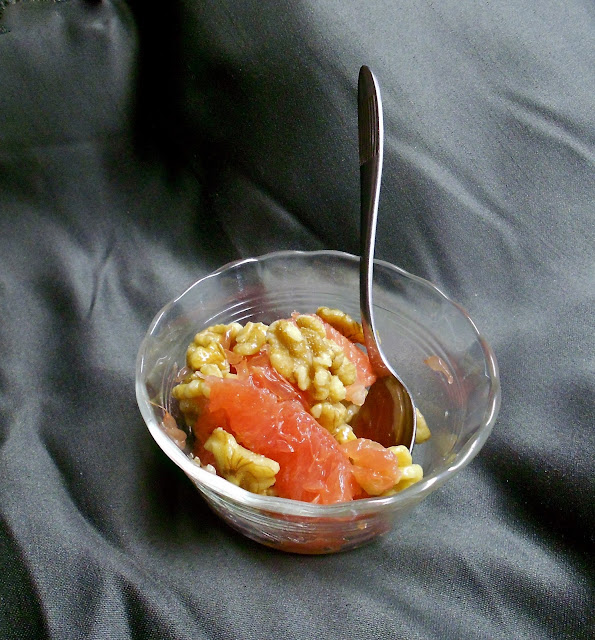 Hmm.... I'm still not quite sure about this one. I was expecting to either love it or hate it, but the end result was just "meh". Not bad, not great. It was very quick to make, with total prep time only being about 5 minutes. But the end result was just so surprisingly bland! The taste of the vinaigrette disappears under the taste of the grapefruit (though I did notice a slight aftertaste, which I suspect was the oil). Toasting the nuts a bit might help this recipe, but I don't think I'll bother to try this one again. I'd rather broil my grapefruit with a bit of honey , instead of wasting any more on this recipe.

Let me know if there's any type of recipe you want me to try next, or a specific ingredient (or alternatively a recipe that doesn't include a certain ingredient, such as dairy, eggs, etc)! 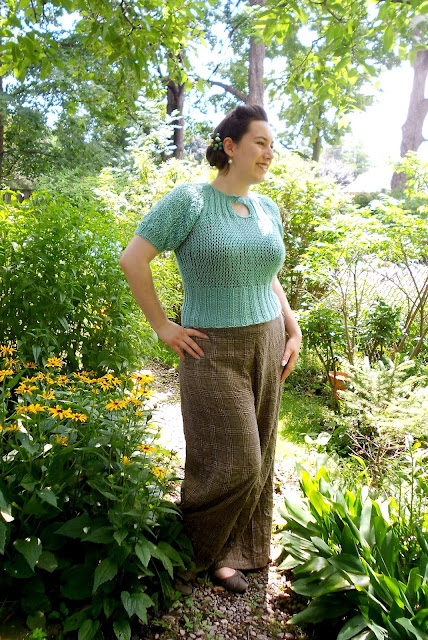 Hello everyone! I've been MIA for a while due to work (it's exam time for summer students), but hopefully life will be back to normal by the end of the week. I am very much looking forward to kicking my feet up for a few days before diving head first into all the sewing I'm behind on.

The only project I've managed to complete lately is another 3-hour sweater. This is my third one, and possibly my favourite. I love the soft minty green shade of the yarn and I extended the bottom ribbing which I think gives a more flattering fit for my body type. On my last sweater, I made the mistake of not switching back to small needles for the top ribbing (the pattern doesn't actually tell you to), but I fixed that on this one and am much happier with the neckline. I opted for a little yarn tie at the neck instead of a button, but I may change it since the tie doesn't like to stay done up. Other than that, I followed the original instructions (a lot of the "3-hour sweater's" you see use a modified version of the pattern). 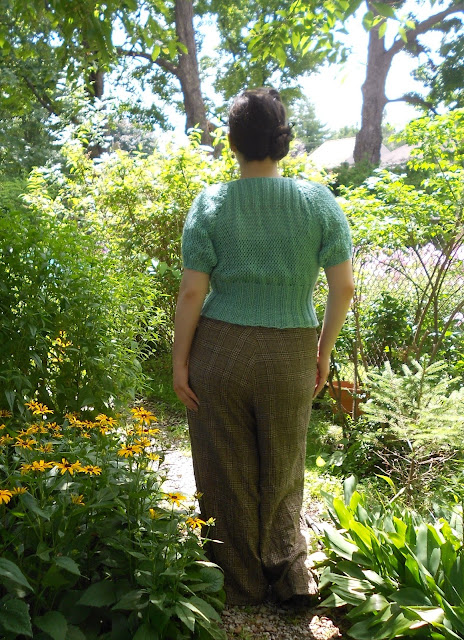 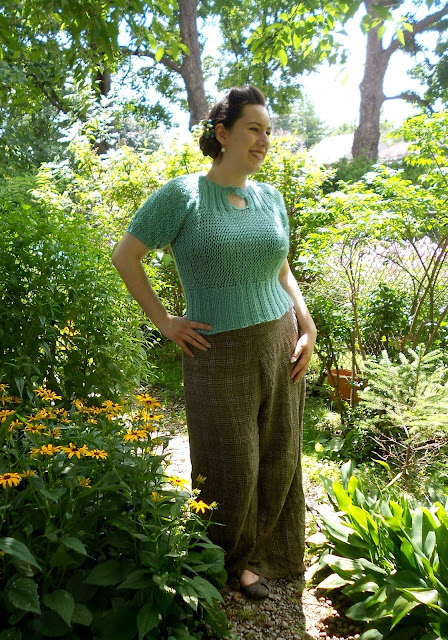 Anyone else tried the 3-hour sweater? (If not, you can get the pattern for free here). I've never heard of anyone actually completing it in 3 hours, but it is a very quick knit. Perhaps the 10 hour sweater would be a more correct name. It's my go-to quick vintage knit at the moment. I'm torn about what to knit next though. Any suggestions?