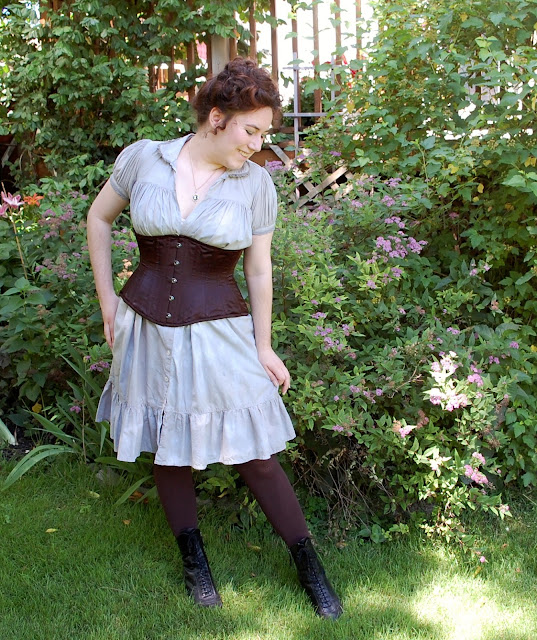 Hello everyone! I'm rather behind on posting both here and on my youtube channel, but I was pushing myself too hard in June and my health suffered for it. Two years later and I still don't have a firm diagnosis, but it looks like I most likely have chronic fatigue syndrome. I've been doing a lot of research and think the condition may have been triggered by a horrible flu I had in 2014. Some of the research suggests CFS is either a virus that never really goes away or somehow messes up the immune system (or possibly the gut bacteria balance). Not much is really known about CFS, but I am researching all I can. Most sources suggest if I feel the need to rest I should rest instead of trying to "push through it", as overexertion can cause the CFS to get a lot worse (which is what happened...oops...). So I've been taking it very easy the last 2 weeks and am slowly getting a bit better.

I haven't really gotten dressed up as often as I would like, but I managed this cute Victorian inspired look a couple weeks ago. My original outfit was very different, but the humidex was very high that day and I needed something lighter. I settled on a Victorian underwear look instead of the prim-and-proper look I had planned. The "dress" is actually a nightgown I've had since I was a child, which I tried to dye black a few years ago. That obviously didn't work, but instead turned the material a soft, mottled blue-grey. I paired it with my What Katie Did corset, a cameo necklace I made from a broken earring, and a pair of Victorian inspired boots. 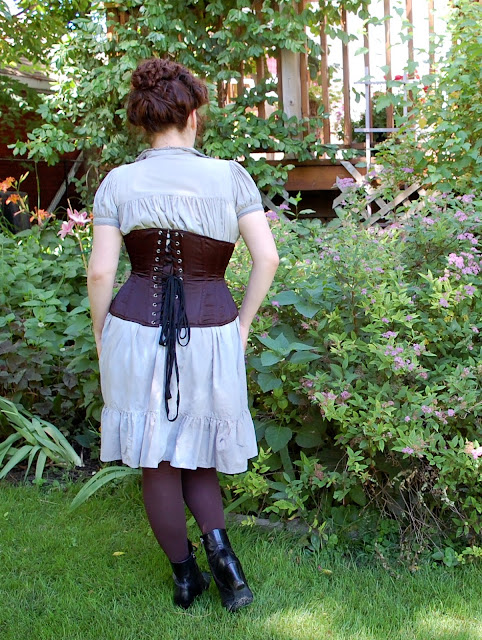 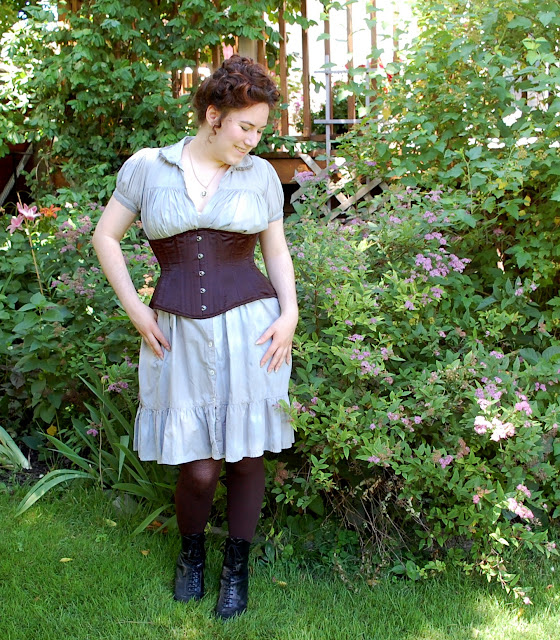 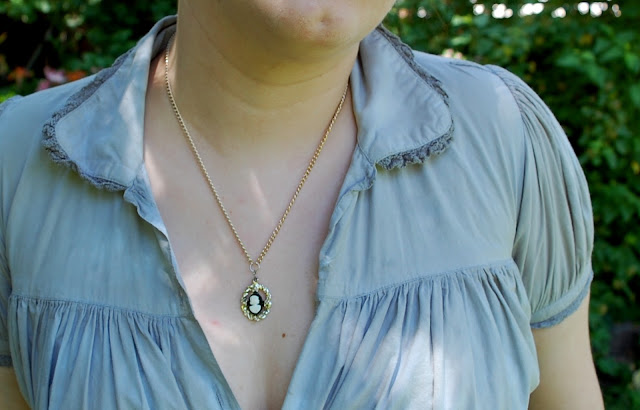 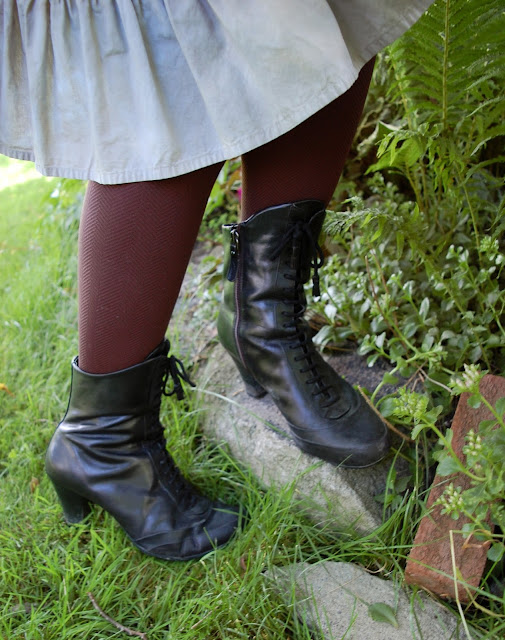 I have so many videos planned for my youtube channel, but just haven't had time to film them. I'm hoping in the next few weeks to start a series about making vintage perfume from old recipes. I also just bought some awesome new 1920's wave clips I want to try out (I think I have a wave clip addiction! They are so neat!). For those of you who haven't seen it, I posted a video over on my youtube channel on how I did this hairstyle a couple weeks ago:


I hope everyone is having a good week!