I'm officially graduated!!
It was a looooonng day, but I'm glad I went to the convocation ceremony. Ok, mainly because I went out for a nice dinner afterwards, followed by antique shopping, but getting my diploma was good too.

I wore my grandmothers dress to the ceremony. She originally wore this dress to my parents wedding. It is from the early 80's, but I love how it looks and it wasn't too heavy under the black gown. After receiving the diploma, everyone also had to wear a "hood", which was basically a ribbon. Can I just take a moment to say what a ripoff that was?! I paid $50 to rent the gown for the day, and had to return the hood afterwards as well. These things were poorly made out of a cheap polyester. I could have made a better one for less money than it cost me to rent it for a couple hours.

My official photos will arrive in the mail sometime in the next few weeks, but here are some my mom snapped before the ceremony. 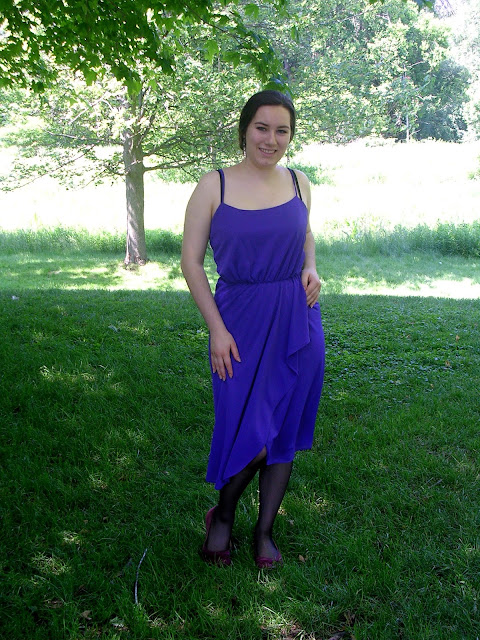 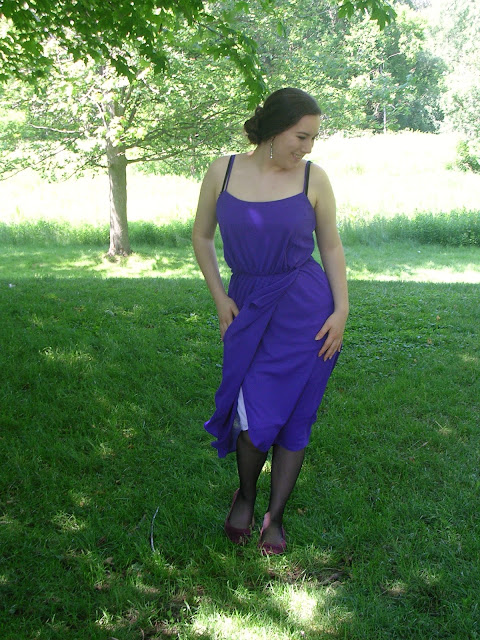 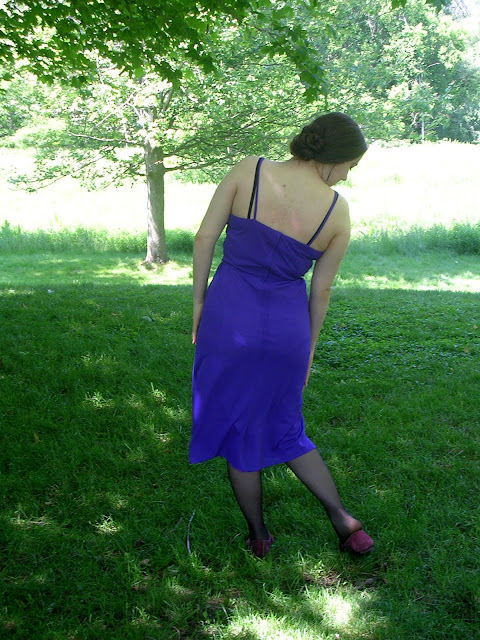 I now have my Bachelors of Mathematics, with a major in Honours Statistics. Feels pretty good to be finally done. I should be looking for a job, but since we are moving it makes it difficult. Hard to apply for a job, when you may be living three hours away in a few weeks. I have been putting my time to good use though. I've started sewing some clothes with my new serger, which will be for sale before the end of the summer. I have yet to decide on a name for my clothing line, but it will be mainly casual wear inspired by the 1920's and the Victorian era.
That's All.
Posted by Kate at 8:51 AM